← more from
Symmetric Records
Get fresh music recommendations delivered to your inbox every Friday.
We've updated our Terms of Use. You can review the changes here. 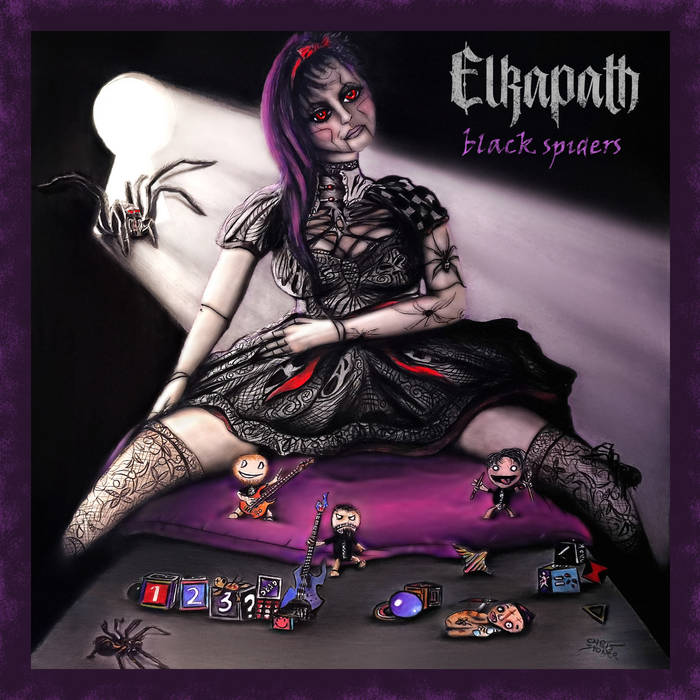 gentlemanklang Having seen them on the flyer for HRH Goth next year, decided to check them out. My word was I utterly captivated! Great musicianship and Carlas vocals are hypnotic and terrifying (in the best way) all at once. Just shows that despite all the dross we are being fed, there are great Artists out there producing music as good as this. Keep up the great work guys and I can’t wait to see you live! Favorite track: Twisted Issues.

Isserley I've been a fan of Elkapath for years and It's so great hearing her do an album like this. I'm so proud of her! Favorite track: Dirty Whore Mouth.

mricemantoyou I'm blown away by this album, with its amazing production, diverse range of songs and incredible vocals. So proud to have been a part in recording it and also playing it live too... 🖤🖤🖤

"Black Spiders" is the debut album of the UK-based Synthetic-Gothic Metal ELKAPATH.

Elkapath is a Synthetic Gothic Metal band hailing from Gloucester, UK.
Influenced by the likes of The Prodigy, The Birthday Massacre, Nine Inch Nails and Korn.
The band have been active since 2019, playing gigs around England and are about to release their debut album “Black Spiders” on this halloween loaded with 10 songs that will bring out your fears and phobias along with hopes and dreams. ... more

Bandcamp Daily  your guide to the world of Bandcamp

Sampa The Great joins the show to discuss her release, "As Above, So Below".